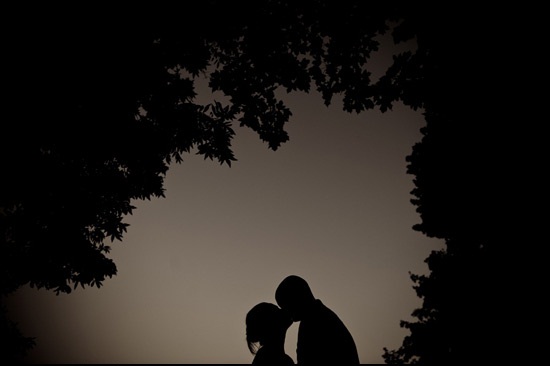 In my experience, more often than not, when two old pals meet again after a long time, It usually has a “So, How are you!” or “What are you doing these days” which actually means, “You are not doing better than me, are you ?”

The conversation that follows typically has two components, one is essentially “the bragging” and the second is what I like to call “the complimentary fake laugh”. Once you ask someone how they are doing, then it is customary for the other person to ask you, how you are doing, which is basically an invitation to start bragging about everything you are and you have. It is funny sometimes, because people do go that extra mile to make sure that the other person doesn’t feel too bad about your said bragging, “I’m healthy and fit and banging several chicks at once” is what you really want to say but you don’t want to make your fat friend with the pot belly feel bad, so you add “But I still don’t have a job, I guess I shouldn’t have dropped out of college” then to make things all sound okay, you’ll add that complementary fake laugh which will be reciprocated. Now it is the fat friend’s turn to say something like “I just got promoted as the general manager of Initrode, Inc. The largest supplier of blah and blah in South East Asia. Pay is terrific t, but with my cholesterol and diabetes…” then there will some sort of remark about his hot trophy wife not allowing him to eat at expensive restaurants followed by the aforementioned complimentary fake laugh.

Then its the “Good to see you again, man” time, probably a hug, invitation to get a drink, exchange of phone numbers, the charade. And they’ll part with the promise that they will call each other, and unless either of them is an insurance agent or running a pyramid scheme, the chances of that call happening is very slim, and that kids, is how we maintain the balance of Universe.

In a cynical world like this, when something doesn’t happen as one would expect, it makes for something worth remembering.

It all started when I ran into an old friend of mine. I am using the word “friend” loosely here, we were more of an acquaintance than anything else – We first met when I was a teenager and I had this huge hormone fueled crush on her. Every time she talked to me, she used to make my throat go dry – but I never told her about how I felt because, honestly, even though I was attracted to her at the time, I soon came to realize that I could never accept her for what she was. And what she was, was someone who found it funny when an old man in a wheel chair lost control, rolled down the stairs and hurt himself. Someone who is so selfish and ambitious that she will sell anyone and anything, including her morals and her friends to get what she wants.

Even though I knew she was all that, she still managed to make my throat go dry when I ran into her after all these years. Truth be told, she wasn’t beautiful anymore, she looked like a lifeless and stained replica of what was once there, the attire and the curly hair didn’t do her much favor either. The overall image did leave a lot to be desired, yet I stood there gawking in front of her lost for words. When she reached in for a hug, I gave in pretty much involuntarily and mumbling something. I don’t know what train of thought led me to think that it would be a good idea to invite her to a bar that I was planning on going to. I remember it being a pleasant evening, she matched me drink for drink, but I don’t remember most of what happened after that.

I came to my senses when I woke up next to her, in what seemed to be a hotel room. I had a bad hangover. She was still sleeping, face down, a wet patch on the bed where her mouth was. My first instinct was to get out of there. I realized it was dark outside. When I tried to get out of bed, my trousers fell down, I noticed that they were undone.

I felt a strange pang of guilt when I realized I might have had slept with her. But I wasn’t sure, for there was no way of knowing. She was dressed as well. I wasn’t sure how I felt about that. I wouldn’t sleep with someone who looked like her, yes, I am that shallow, but in the back of my mind a sixteen year old with braces wanted to cheer at some undefinable sense of accomplishment. I saw that there were suitcases in a corner. I remembered something she said about staying in a hotel. After my eyes adjusted to the bright display of my phone, I learned that it was 4 in the morning, next day. I contemplated the thought of taking a cab home. But I knew it didn’t really matter when I reached home, I live alone, I work the stock market from home, nobody was going to miss me for a day or two. In that moment of inebriation, I decided it was best to get some rest.

When I woke up again, she was not there – it was well past 8. I felt funny and somehow happy that she was not there, I had a chance to avoid the unpleasant “morning-after” conversation. As I got up and washed my face, the door opened and she walked in with a very pleasant, beautiful smile and two cups of coffee. Her hair was wet like she had just showered. As she passed by the window, a ray of sunlight illuminated her hair-strands from behind, giving it a light brown tinge. She smiled again when she saw me looking at her intently.

“Your eyes look red and tiny…bad hangover ?” – She asked, offering me the coffee. I did not know what to say, except smile sheepishly and accept the coffee from her.

“I should get going, I have to get to work” – I mumbled looking at the phone. I did not want to sound like I wanted to get out here as quickly as possible, yet I did.

“Yes, you told me last night” – She was smiling again. I thought to myself that I had done something right, she was really happy or maybe this was her routine of getting rid of hungover one night stands. I finished my coffee and started walking towards the door.

“I will call you then” – I said, nothing else came to my mind.

“You have no recollection of last night, do you ?” She was still smiling.

She laughed out loud and said, “You may have turned my life around James”

I laughed too, then I walked out with a nod.

“James…”, She called me from behind. I turned around, she walked towards me slowly, put her arms around me, hugged me close and whispered into my ear, “Thank you…for everything.”

She stayed like that for a while, I put my hands over the small of her back. She looked up at me, her eyes were glistening, her pupils dilated.She looked beautiful, nothing like the way I remembered, something a lot more sensual, like the way her lips were parted or the glimmer of tremble in her lower lip. I leaned in and kissed her. Her gaze was deep and fixed and then she slowly closed her eyes.

By 9, I was at my desk, starting up my computer, ready to start my work. Trying hard not to think of her or to make sense of anything that happened earlier.